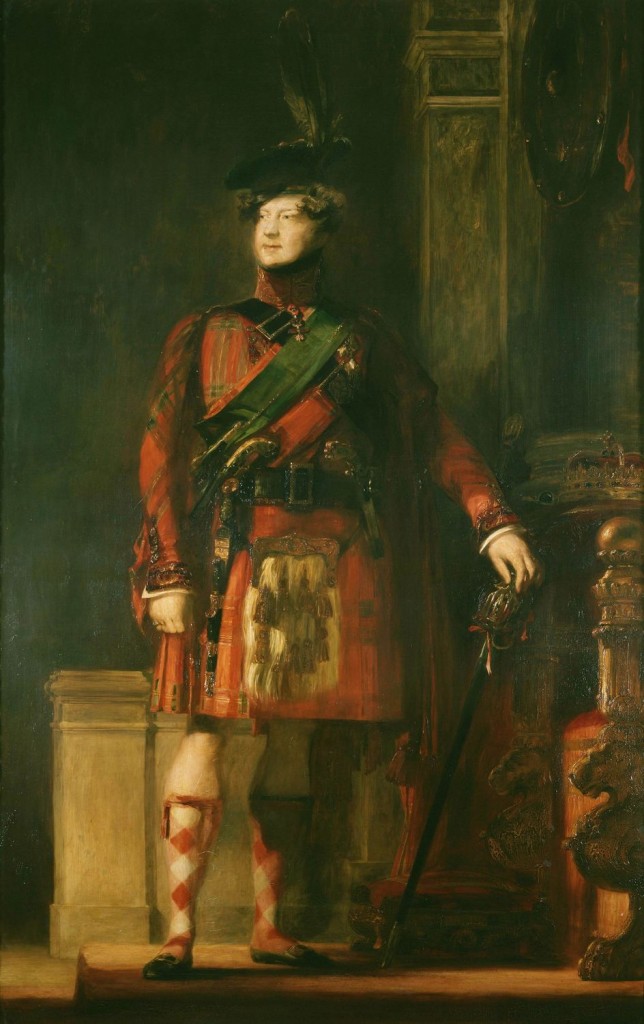 In May this year, the Culture Minister Ed Vaizey blocked the export of a rare suit of jewels commissioned by the Prince Regent George IV as a gift in 1816 to one of the Cotes sisters’;  ladies in waiting to his daughter Princess Charlotte, to be worn on the Princess’s wedding day to Prince Leopold of Saxe-Coburg. The gift was to thank one of the Cotes sisters’ for acting as a chaperone to the Prince Regent’s daughter.

Princess Charlotte was the only daughter of the Prince Regent. She captured the hearts of the nation as a feisty tomboy, who had previously fled a suitor Prince William of Orange, hence the need for chaperones thereafter. She was happily married to Prince Leopold for a short while before tragically dying after giving birth to a still born child. She was referred to as the Daughter of England.

The jewellery suit is a necklace with a pendant cross, a pair of bracelets and brooch made of gold and peridot, made by the jewellers Rundell, Bridge and Rundell. It is considered to be a key work of reference for 19th century jewellery and it is unusual for a complete set of jewellery from this period to survive.

Importantly, along with the jewels there are historical documents that support the Royal provenance. There is a handwritten note from Princess Elizabeth that accompanied the jewels and an invoice in the Royal Archives from the jewellers made out to the Prince Regent.

The Culture Minister and Department for Culture, Media & Sport (DCMS) Ministers are advised on the export of cultural property and whether a cultural item is a national treasure by a non-departmental public body called The Reviewing Committee on the Export of Works of Art and Objects of Cultural Interest (RCEWA).

There are 8 members of the RCEWA who have expertise in several different fields of the arts.

The Reviewing Committee is guided by the Advisory Council on the Export of Works of Art. They are tasked with taking an objective view of the ‘Waverley criteria’ that will establish whether an item could be deemed a national treasure.

–          Is it so closely connected with our history and national life that its departure would be a misfortune?

–          Is it of outstanding significance for the study of some particular branch of art, learning or history?

If the Waverley criteria are met then referrals are then made to the DCMS to delay granting an export licence so that a British buyer might be able to raise the funds to buy the work in order to retain the art object in the UK.

As reported in The Telegraph, The Chairman of the RCEWA Lord Inglewood said “High quality jewellery of this age with a provenance as historic and rare as this is a very remarkable survival.”

The export licence bar is in place until 1st July 2013 and it can be extended until 1st October 2013 if there is a bidder that is seriously attempting to raise the £150,000 funds.

The Arts Council provides the secretariat to the Reviewing Committee. On the Arts Council website is a list of a number of artworks that are subject to temporary export deferrals on the grounds that they are deemed national treasures.

One such artwork is the Study by Raphael, Head of a Young Apostle. See my article Raphael – Renaissance Record-Breaker – £29.7 Million.

The Raphael’s first deferral commenced on 4th April 2013, the end of the first deferral is 3rd July 2013 and this can be extended to the 3rd of January 2014.

Maybe the Raphael will stay in the UK after all?

Watch this space for other interesting articles on cultural heritage.